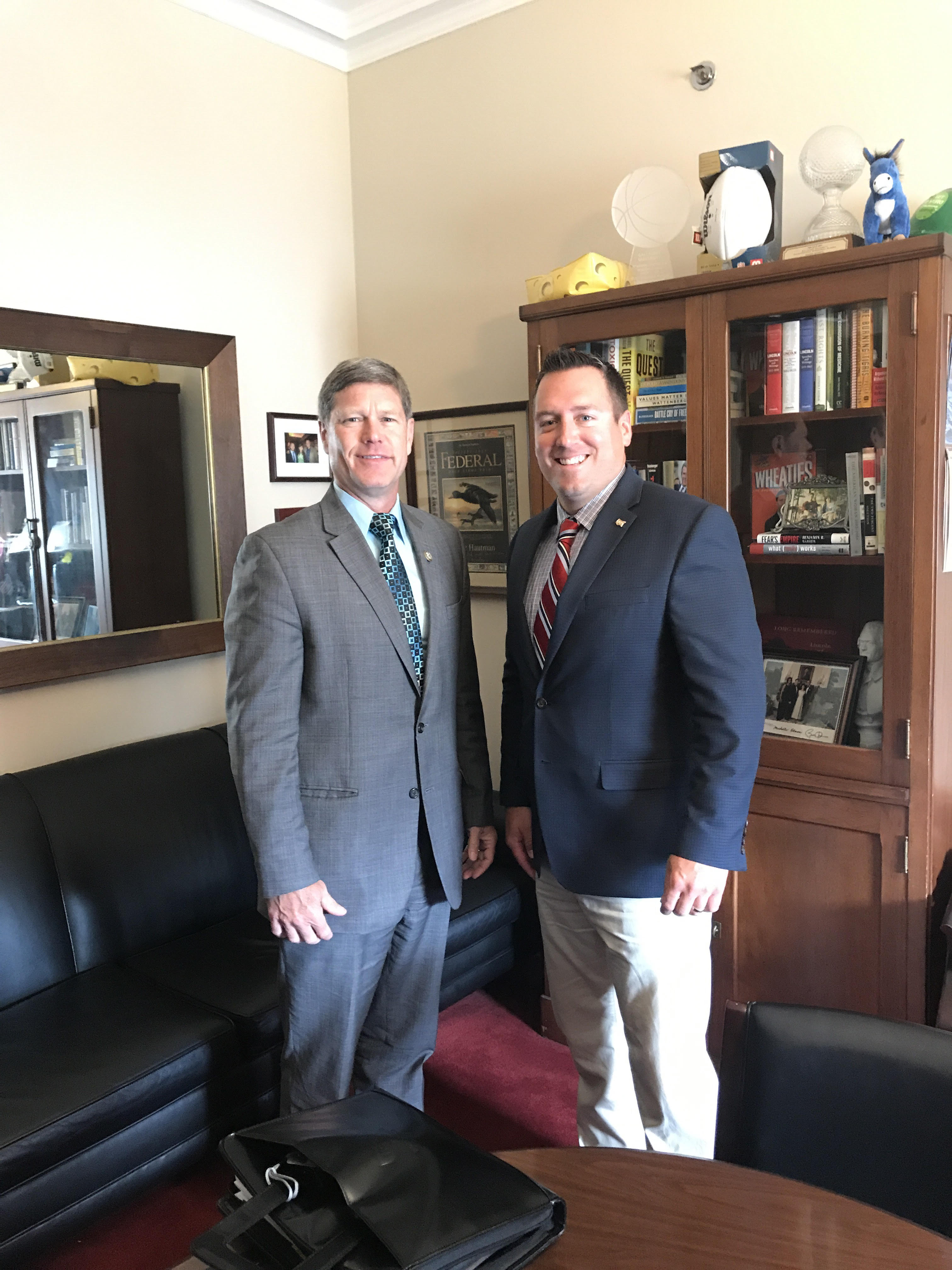 “As with many things, I would say my inspiration for the [beef] industry is genetic. My father, Reid, is the third generation to be involved with the beef industry.  While we are in a different segment of the industry than my grandfather, who ran a feedlot in Colorado, the passion for what we do has been instilled through four generations,” says Matt Ludlow.

Ludlow was selected by the Wisconsin Cattlemen’s Association to attend the Young Cattlemen’s Conference (YCC) put on by the National Cattlemen’s Beef Association (NCBA). The Young Cattlemen’s Conference is an eight-day conference that provides attendees with experiences in multiple facets of the beef industry. In 2017, attendees reviewed NCBA political policies, received a CattleFax presentation, toured the JBS Five Rivers Kuner Feedyard and other JBS packing and processing facilities, visited the Chicago Board of Trade & OSI Inc., and also traveled to Washington D.C. to meet with their respective representatives and senators.

Besides working at Rush Creek Ranch, Ludlow as is an active member of the Wisconsin Cattlemen’s Association. At the 2017 Winter Conference Ludlow was elected to be a director-at-large for WCA. As part of the board of directors, Ludlow attends multiple board meetings throughout the year and serves on the Steak Trailer committee which is an integral part WCA.

Prior to his trip, Ludlow felt that the YCC experience would be well worth the ten days away from the ranch and was looking forward to tour stops and the educational aspect of the trip. Ludlow thought the JBS portion of the conference in Greeley, CO would be particularly interesting as he has fed cattle with a JBS feedlot in Yuma, CO.

After returning from the trip, Ludlow said that the trip did not disappoint. “The YCC trip was incredible. It’s truly a life changing event; it’s an extremely fast paced ten days, but the NCBA and YCC staff does a tremendous job of keeping you busy the entire duration of the trip. All of the YCC participants talked about it during the trip as well, but it was shocking to all of us that within 48 hours of arriving in Denver, you knew everyone’s name and where they were from. You’re talking about over 60 people from all over the United States. During the YCC event, the amount of information and people you are exposed to is astonishing… you feel educated, experienced, knowledgeable, and informed upon the completion of the tour.”

Ludlow also said that even after attending all portions of the conference that he still favored the JBS portion the most. He explained that he had never been in a processing plant before and that he thought getting a first-hand look into the entire plant was incredible. “Witnessing 800 people efficiently working together in such an organized fashion was amazing. JBS strives for two minutes of downtime in an entire eight hour shift. Additionally, you always read how every part of the animal is used, but to actually see that first hand gives you an appreciation for the additional dollars being generated that otherwise would be discarded.”

The other part of the trip that Ludlow really enjoyed was meeting with the Wisconsin representatives in Washington D.C, “Honestly, I was nervous to meet with the Wisconsin legislators during the tour because I truly didn’t know what to expect from the meetings.” Matt goes on to explain that he was fortunate to meet face to face with Congressman Ron Kind who represents his district and that it was a great meeting. “We had a long conversation about both our operation and the issues facing our industry as a whole.” Ludlow also met with agricultural staffers in Speaker Ryan’s office along with both Senator Johnson and Baldwin. “I had never been to [Washington] D.C. before so it was an unforgettable way to get my feet wet.”

“After finishing the YCC tour, I have a renewed enthusiasm for the beef industry. Everywhere the YCC group went, we met with impressive people whether it was the executives of JBS to Safeway to Cargill or McDonald’s, there is a passion for the beef industry that is alive and well in all aspects of the production chain. In addition to these people, the NCBA staff in Denver and Washington D.C. were all passionate beef advocates. As a member of WCA, it’s reassuring to know that there are capable and knowledgeable people representing our interests on a national level. After completing the YCC trip, you also realize the importance of being involved at the state level as well. The industry needs the younger generation to become more involved and active to keep improving upon the solid foundation that has already been put into place.” Ludlow concluded by saying, “I would like to thank the Wisconsin Cattlemen’s Association for sponsoring me to take part in the 2017 YCC trip. I truly appreciate the opportunity and want their investment to pay dividends in the long run.”